It’s never the same day around here!! We even picked up a hitchhiker, not my idea, but hey I glued my shoe earlier today so who cares, it’s Friday!!

It looks like everything is coming together for Tuesday.  Earlier this week we were in the studio and today Jon and I went prop hunting at the junkyard. 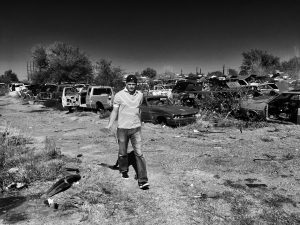 And I’ve gotta tell you… It’s been a while since I’ve been to the junkyard, and that’s a bummer, but it was just as fantastic as I remember.

I’m pretty sure there were some teenage kids just hanging out. I could tell because they were jumping from one car roof to another. One kid was really good. They even had walkie talkies and then a girl showed up. She was looking for them because

one of those guys was her boyfriend. Love knows no boundaries.

In this black and white picture above you see Jon Galloway walking through the junkyard. Let the meme’s begin.

So, while we were shopping James and Cameron were doing a little decorating. 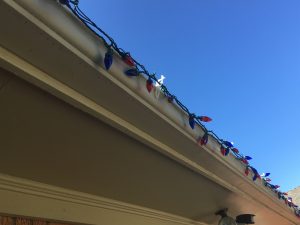 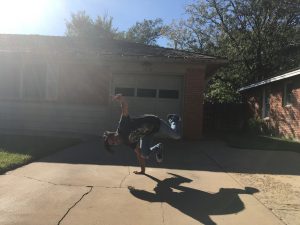 Too early you say? Negative my friends. Negative. Just wait for it.

Above you will see the Christmas lights as well as James. He’s not falling down. Cameron used his skills as a photographer to capture the BBoy in Action.

A big thanks to Mr. Richard Brooks for allowing those two to climb all over his house. Nothing was broken in the process, they say.

So, before I say goodbye I’ll hand over the reigns. We’ll see you back here next week. Have a good weekend and have fun!!

Did you know there are No Wal-Marts in Australia?!?! ZERO!!

Just discovered their website today and thought it was interesting.

Ok, guys sorry about that. I guess the kid was in the sun way too long today. All I tell you is that he got writers block, it happened very quickly. I promise better stuff to come next week.

He has a date on Sunday so I’ll get the details and relay. I foresee a rooftop in my crystal ball.

“When it comes to break time, you don’t want something overwhelming but at the same time you don’t want the creative juices to stop flowing.  “The Wild Trapeze,”  by Brandon Boyd is ideal for down time.  His lyrics keep you up, but the melody mellows you out to the point that you’re actually happy to go back to work after your short break.” 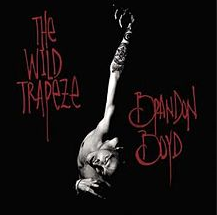 Straight from the horses mouth folks. I just add the pictures.

That’s it, that’s what we call Friday.